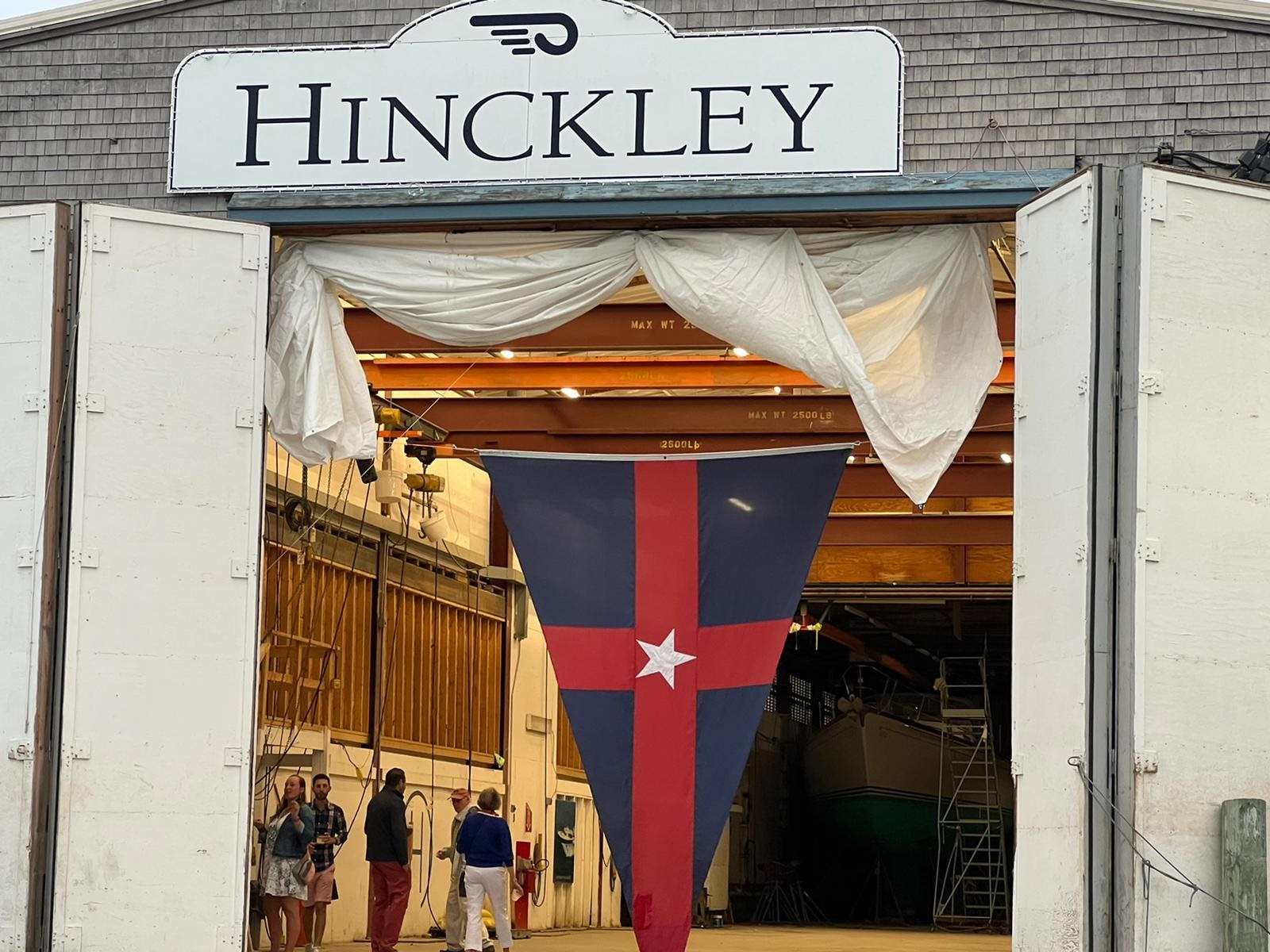 The morning following “the great lobster feast”, we said goodbye to Charlie and Jane and headed off just behind JC and Susu, and followed the NYYC Cruise fleet from Brooklin Harbor around and into Southwest Harbor. In doing so, we found that most boats are comfortable in shallower water than we are. Morpheus draws 9ft, and given a choice 30ft is about as low as I want to go. But, on this day, we followed the fleet through several very narrow passages with less than 20ft at low tide. I felt better since it wasn’t low tide!

We arrived mid-afternoon and dropped anchor in front of our friend Ted Madera’s house on the shore. Ted continued to apologize that his mooring was unavailable, but we are usually much happier on our own anchor since we know the equipment is sound and reasonably well maintained.

Speaking of Ted, he and his family are going to need a vacation from their summer vacation. When he ran through his guest list and social program it sure seemed like he deserved at least a day off, and soon!!

We checked in with JC & Susu on our way into town for some critical supplies (engine oil & ice), but decided to take a pass on their kind invitation to join them at the NYYC Cruise cocktail party that evening. I’m still not sure if we made the right decision, but instead Deb and I enjoyed a nice, quiet, and casual dinner at the Fish Camp restaurant that sits on the dock of the fancy Claremont Hotel grounds.

The following day was all about getting together with Ted and several other friends that I’ve raced with over the past 30+ (probably 40) years! Matt Coudert and his wife Hobby were sailing their new boat in the NYYC Cruise racing fleet and their crew included Cameron and Peggy (Murphy) Jackson.

I raced with Matt during the 80’s for at least 7 years onboard Lyn & Peggy Comfort’s “Amazing Potato“, raced with Ted to Bermuda onboard Gibb Kane’s Mutiny a couple of times (4th overall, our best result to date), and then raced for many years with Peggy and Cameron onboard a series of “Mutiny’s” owned by Gibb Kane. Yes, the sailing world is small.

We all got together for lunch (once again at the Fish Camp). Lunch turned into drinks for a few of us, and well you know the rest of the story.

It was REALLY great to catch up with so many in one place. Hope to do it again soon!!

The next morning by the time Deb and I rolled out of bed and looked around, the harbor seemed empty. The cruise had moved on towards their next stop and we were left to figure out what our next stop would be.

We had a couple days to kill while waiting for John and Kate Rowles to visit, so we decided to take a quick sightseeing trip up Somes Sound. Somes Sound is the only fiord in the United States.

We loved it, and stayed for three days!!

SUPER MOON (last of the year)