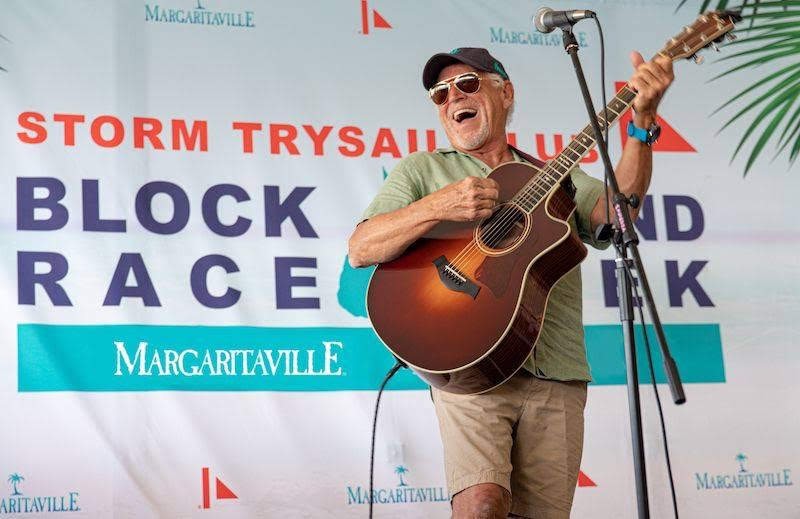 All week, in the event tent there was music, tropical themes, and fun and games to be played after sailing.  Logo corn hole and frisbee games, pastel colored Adirondack chairs, mermaids on stilts, free margarita cocktails,  and Buffett-esque live music filling the tent every evening. 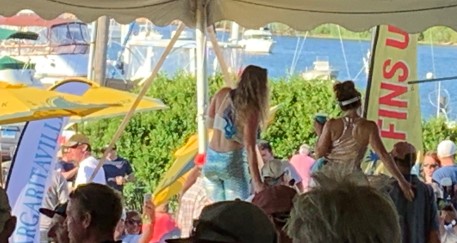 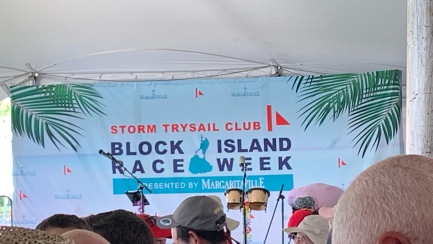 This all helped to give the event a refreshed feel which was great and a long way from the musical influence that I remember from my first race weeks. 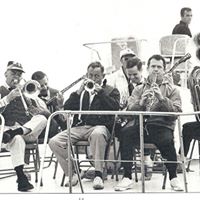 The final awards ceremony of most regattas tends to be a relatively lightly attended affair.  The winners rarely miss the event, but the rest of the fleet is often busy putting sails away, closing up rental houses, running for ferries, etc.

Well, everyone that missed this year’s final awards ceremony will probably regret it for a very very long time!

He helped present a couple of awards, 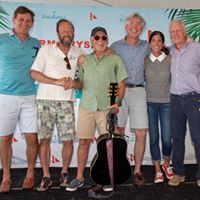 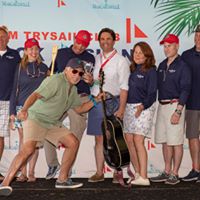 and sang four songs (5 O’clock Somewhere, Son of a Sailor, Pencil Thin Mustache, and Margaritaville) before somehow slipping away and one would guess flying back to his home on Long Island. 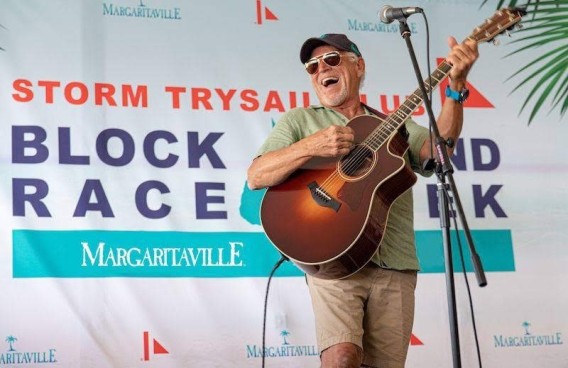 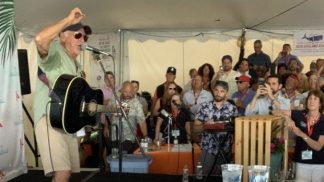 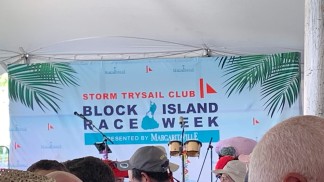 I’ve chased Jimmy Buffett sightings for 30 years in every sailing destination that you can imagine.  Somehow I’ve always been a couple of days behind, or just totally fooled to think that I might be able to catch him in a small venue setting.

This time I was in the right place at the right time!

(I walked into the tent just as he was getting started, and almost missed the entire thing because when I got out of my dinghy I realized that I had left my shoes on the boat!!  I almost turned around to go back and get them.  I was thirsty, so I went to the tent bare foot.  Good thing!!  I would have missed his performance and shot myself!!)

He was amazing, seemed to be having as much fun as the rest of us, and it was so cool to have it finally happen in my favorite place during my favorite event!!

As my friend Jim Fisher recently said, “He sings the soundtrack of our souls!”

Another year without a Rose Bowl. That makes 61 for those that are counting. I thought 2021 deserved an asterisk. I remain hopefull...
Clearly the “radical left”?
Lockdown looks pretty good from here right now!
Newport, RI.
Leaving Antigua!
Happy Birthday Patrick!!
Every morning feels like Groundhog Day onboard Morpheus...
Late Takeoff!!
Social Distancing - Self Quarantine Morpheus style. Scary times/Stay safe everyone