Definition: “Pelting each other with colored bags of flour.” 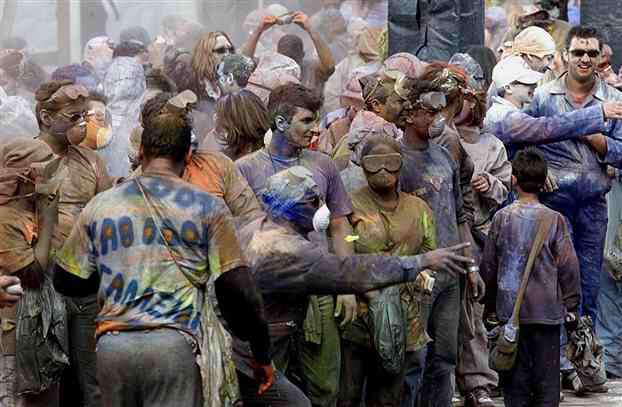 On Clean Monday, the Galakseidi don’t play with streamers and confetti , but play “alevropolemo” ( flour war) with basic material flour. This custom is maintained from 1801 .

In those years , even though Galaxeidi was under Turkish occupation, all the people were waiting for Halloween to have fun and dance in circles . One circle for women , one for men. They were wearing masks or simply were painting their faces with charcoal.

Then, added flour, indigo , shoe polish and ocher as well. All participate in the smearings, independent of age.

As it is said, the idea for the establishment of “alevromountzouromata” came from sailors who were traveling to Sicily and had seen similar customs.

According to another version, the tradition of “alevromoutzouromata” has its roots in Byzantium , where jesters painted their faces .